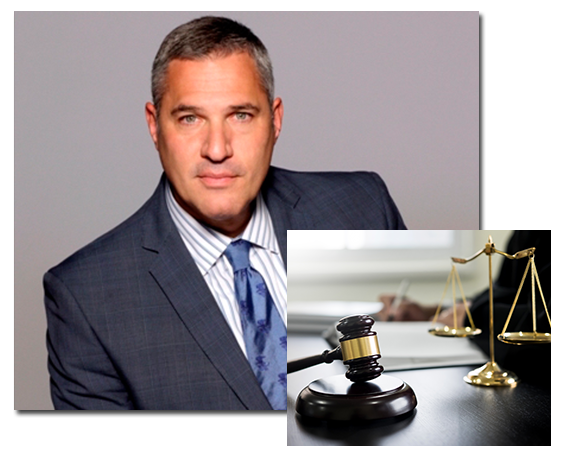 A former Mayor and City Council member from 1998 to 2010, Michael Wildes is once again running for Mayor because Englewood is a city in crisis, and strong leadership is needed now more than ever to stand up for taxpayers and bring our city together.

After winning two terms on the City Council, Michael Wildes was elected Englewood, New Jersey’s Mayor in November of 2003 and again to a second term in November 2006. Wildes’ time as Mayor was marked by stable property taxes, safer neighborhoods and a vibrant downtown business district that created new tax revenue and business opportunity. Unfortunatley, much of that progress has been erased in recent years by financial mismanagement and political bickering.

Michael and his wife Amy raised four children here in Englewood, and they credit the city’s incredible diversity with helping to make them well-rounded, successful adults. Because of this, Michael Wildes will forever be indebted to the City of Englewood and he will always do whatever he can to make sure it remains the greatest place in the state to live and raise a family.

Professionally, Michael Wildes is the managing partner of the leading immigration law firm of Wildes & Weinberg. A former Federal Prosecutor with the United States Attorney’s Office in Brooklyn (1989-1993), Mr. Wildes has testified on Capitol Hill in connection with anti-terrorism legislation and is internationally renowned for his successful representation of several defectors who have provided difficult to obtain national security information to the United States and is frequently a legal commentator/analyst for network television in connection with the terrorist threats facing the United States. Mr. Wildes was also appointed by the President of the United States to the District Appeals Board of the Selective Service System for the State of New Jersey. He is Of Counsel to the International Law Firm of Pavia and Harcourt; The National Police Defense Foundation; and the New Jersey State Law Enforcement Asian-American Advisory Committee.

Mr. Wildes is often a guest lecturer/panelist at many distinguished forums and institutions including, Yale University, New York University, The Benjamin N. Cardozo, and Brooklyn Schools of Law. Mr. Wildes is also a member of the acclaimed Committee on Present Danger (where he serves with former CIA Director, James Woolsey and Senator Joseph Lieberman); he is Chair of the American Jewish Congress’ Committee on International Terrorism; a member of the Advisory Board for the Urban League of Bergen County; and Member of the Board of Directors of Boys Town of Jerusalem. A certified EMT, he is also a Member of the Hatzoloh Volunteer Ambulance Corps in New York; the Englewood Volunteer Ambulance Corp (EVAC), and served over 10 years (1982-1992) with the NYPD as an Auxiliary Police Officer. 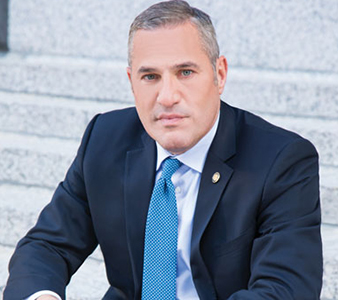 “Michael Wildes, a U.S. Immigration Attorney, who has received international attention for acting as a go between with terrorists/defectors and U.S. Law Enforcement, remains available for comment on the September 11, 2001 terrorist attacks and the current threats facing the United States. Having testified before Congress with regard to Anti-Terrorism legislation, he is available to assist and inform the public on legal/policy considerations and what measures to be taken to avert attacks.” 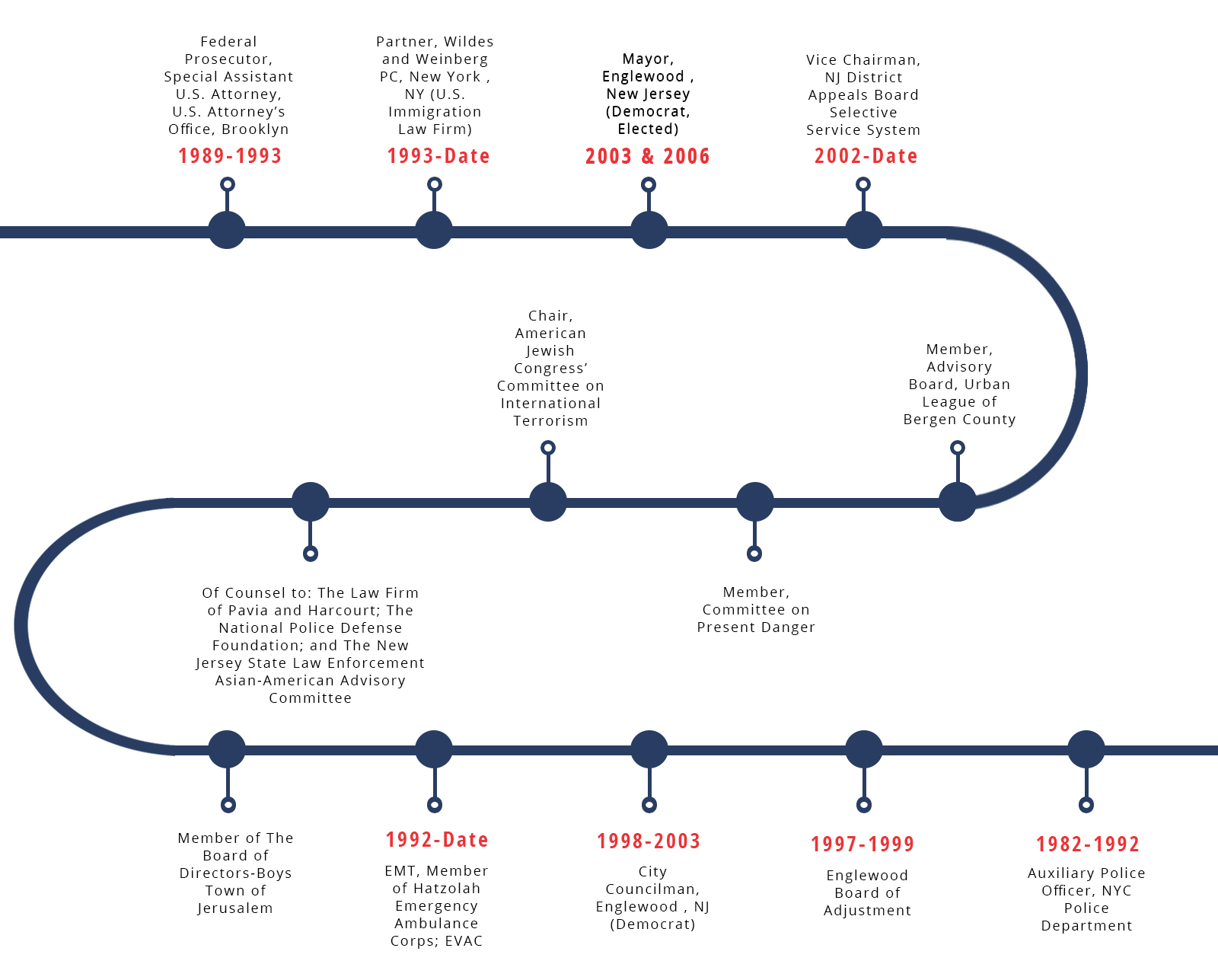 Stay up to date with the latest campaign news!